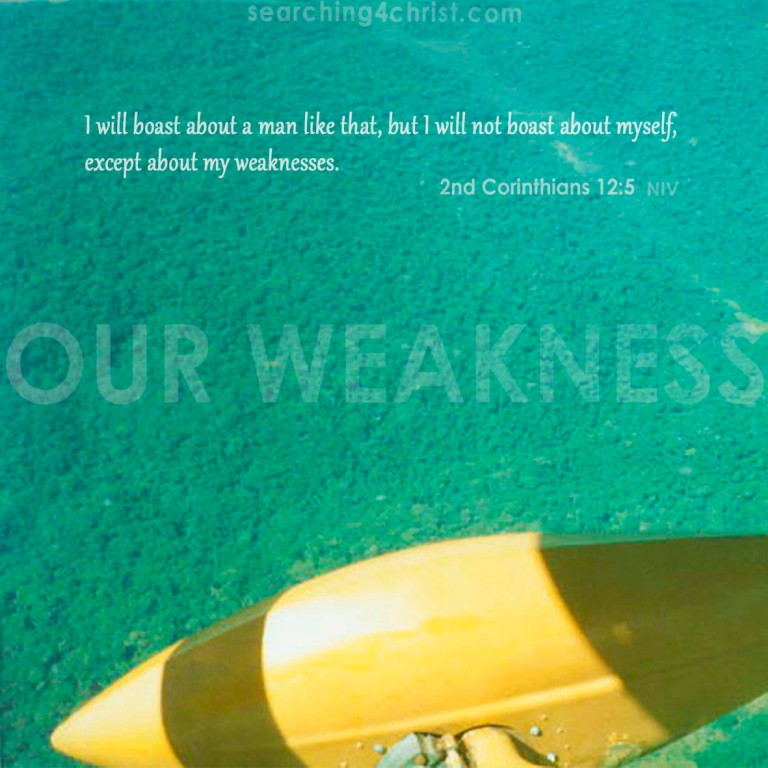 I will boast about a man like that, but I will not boast about myself, except about my weaknesses.  2nd Corinthians 12:5

Just as the sun was rising over the jungle the plane´s engine sputtered.  They had flown through the night as only had a couple of hours to go to reach the airport in Abidjan, West Africa.  Suddenly the engine stopped altogether.  The fuel gages were in the red.  The co-pilot could hardly keep his eyes open even though the pilot asked him to look for a clearing.  They began to lose altitude.  It looked like this would be the end.  Silent prayers went up.  As the treetops grew closer, no suitable landing spot could be found.  Then, miraculously, the engine fired up again and ran steadily.  Returning to their course they managed to land safely at the airport with no fuel left in their tanks.  Have we ever seen God carry us through an experience where there was no other hope but Him?

One of the marvelous wonders of our God is that His power is displayed when man´s power is not present.  When we need God and can no longer rely on ourselves, He is there.  The Lord´s servant knows this secret.  He refuses to assert Himself.  He chooses to count on his limitations because he knows that through them he will see God at work.  Is this where we are today?  Do we purposely turn from lifting ourselves up?  Do we seek rather a painfully weak view of ourselves so that our Lord may be glorified in our lives?  Shall we now?

Help us to embrace our weaknesses as we learn that though them Your mighty arm can be seen at work, we pray!