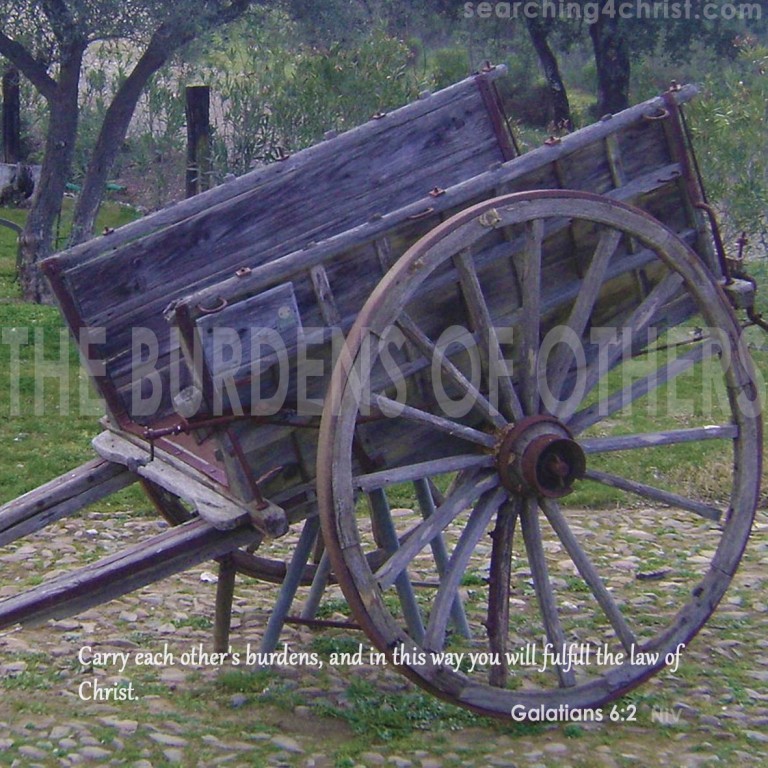 Carry each other’s burdens, and in this way you will fulfill the law of Christ.  Galatians 6:2  NIV

A teenager was in the process of repainting his van in the high schools’ shop class.  While in the process, he used a primer to paint his grad-year numbers on the side of it.  But before he got around to painting it, his friend´s little brother took a joke too far.  He also used primer and crossed out the numbers and wrote class rivalry messages.  Nobody pressed charges, but it was still a crime.  The friend´s brother apologized, but he never offered to fix it.  When the boy got around to sanding it down, the culprit saw him working on it but did not take the time to help him.  That little vandal may not have taken responsibility for his actions then, but he feels the constant weight of his sin in his heart now.  He had lost the chance to help carry another person´s burden, and it was a burden he had placed there.  Do we ever overlook other people´s cares instead of showing them the love Christ displayed to us?

If we can learn from the words of Jesus and from those of the apostles, then there is hope.  If we can learn to care about those around us like Christ has shown us, then we may not have to waste opportunities.  If we would call ourselves Christians, then we should seek to have His law of love flowing in us.  Shall we seek Him now and save us years of regret for failing to carry each other´s burdens and for thinking only of ourselves?

Help us to be quick to notice where we may be able to lift the burdens of others and demonstrate Your love, we pray!