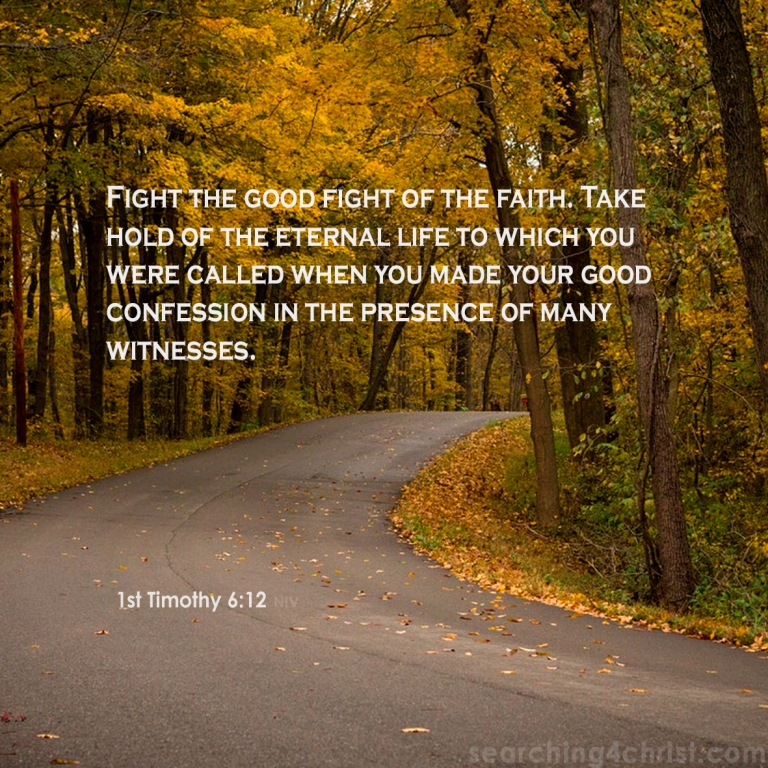 Fight the good fight of the faith. Take hold of the eternal life to which you were called when you made your good confession in the presence of many witnesses.  1st Timothy 6:12  NIV

On a remote mountain road, some friends found it blocked by a dozen teenagers and their cars.  One of the friends got out to ask them to move.  As he approached, he realized two gangs were facing each other.  His words went unheard.  Instead, the leader of one group punched the other leader in the face.  Another boy ran in and stuck a knife in the side of the aggressor.  All around the surprised visitor, baseball bats and rocks began flying.  The man retreated towards his friends waiting in the car.  Someone released the handbrake of one of the cars and it rolled downhill towards them.  He tried to slow the car and keep it from smashing into theirs or over the steep drop.  He never expected to be in the middle of a gang fight.  Could we be in a similar fight too?

Our lives are a constant struggle.  For most, it is a fight to get ahead, make a name for ourselves, or just to be good.  But there is something greater for which we can strive.  We can fight for our faith.  This does not mean we attack everyone who contradicts our views.  It means that whatever may stand between us and our God is prayerfully and effectively removed so we can enjoy Him forever!  Shall we fight the good fight of faith till we are safely in His arms?

Help us take hold of a strong faith in You.  Help us fight off anything that would keep us from walking with You, we pray!