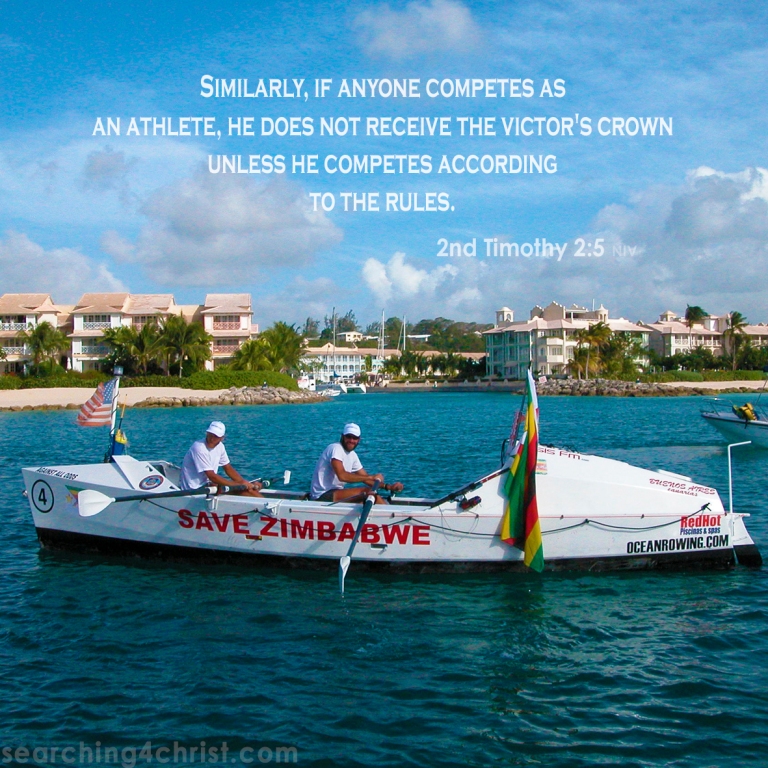 Similarly, if anyone competes as an athlete, he does not receive the victor’s crown unless he competes according to the rules.  2nd Timothy 2:5  NIV

More than a dozen rowing boats set out to race across the Atlantic.  Only one team had failed to raise enough money to pay the race entry fee.  Two days later they were allowed to set out behind the boats in the race with the hopes that a payment by some miracle sponsor would qualify them as race entrants.  Days turned into weeks.  The contestants all pulled hard day and night without stopping to reach the other shore first.  46 days after the start of the race, the first boat came in.  And on the 47th day, the boat that had left two days later arrived.  Because the time it took them to cross the Ocean was shorter, they should have won.  But because their entry fee was never received, they were not given any prize.  How do we compete for the crown that we strive for?

The Christian´s prize is the crown of the glory of God.  It gives us the right to stand in the very presence of the Lord.  There is no amount of good deeds we can do to earn it.  But we must run the race the right Way.  The only Way is with Jesus by our side.  The only chance we have is to follow His every word, His heart, and His will for us.  Shall we pray that we are close enough to Christ to compete in a way worthy of winning the crown that will truly last?

Let us run this race without anything that would keep us from winning an eternity with You.  Keep us focused on being with You and never trying to make it our own way, we pray!