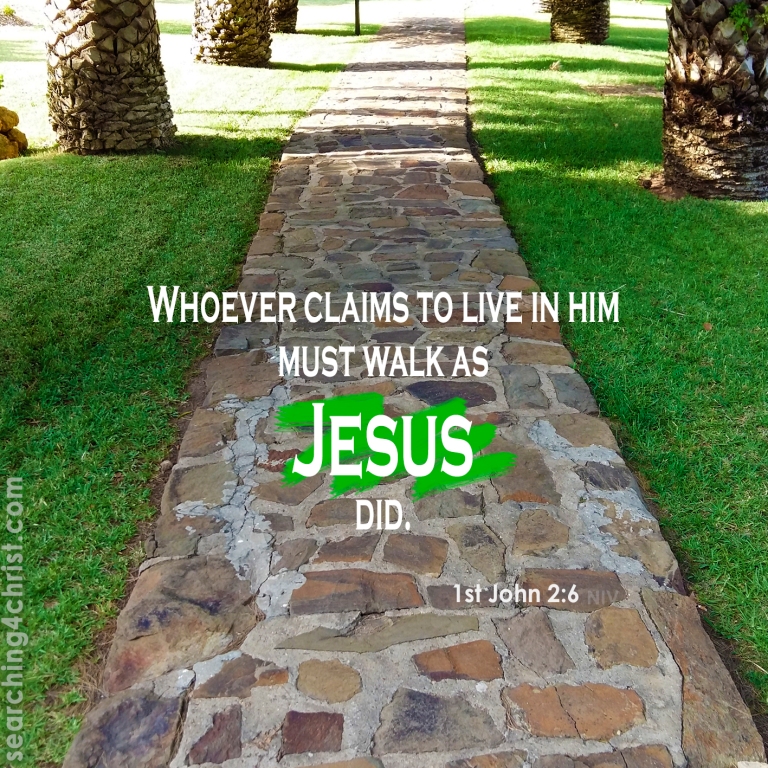 Whoever claims to live in him must walk as Jesus did. 1st John 2:6 NIV

After crossing the Atlantic Ocean in an international rowing race, two contestants stepped on shore. They had spent 47 days at sea in their small rowing boat. Immediately they noticed that their legs were not stable on solid ground. Their world out there at sea had been one of constant movement. The waves rocked the boat two and fro, and any movement from either of them tilted the boat as well. So the rowers were unaccustomed to walking on a surface that was not in constant motion. They tried to walk down a footpath to a room that the race organizers put them up in on the island. But one of them fell off this side, while the other struggled not to fall off the other onto the grass. Do we ever consider if we walk as Jesus did before us?

Christianity has grown into a pretty solid organization. There is an acceptable number of things that we are allowed to say or do. Anyone, who stumbles in the eyes of the church, will look like those two who could not walk straight. Jesus came and broke all the rules that the church of His time had set. He stooped down to talk to the unclean and the crippled. He spent time with and ate with the people of the worst reputation. He did not walk as some thought He should walk. He walked with His eyes so intently on His Father that His heart went out to people in need. If anyone needed God´s love or mercy, He was there. So, if we would like to walk like Jesus did, then could we edge in close to Him now and start learning from Christ just how to walk like as He does?

Draw us in close to Your side and teach us to walk as You do from what we learn when we are with You, we pray!